Action Network Live! gets personal with experts who know families, children, and tech. For practitioners, educators, and professionals, here is an hour for you to glean insights and real solutions for the families and children you serve. For parents, you'll never get to read all the books. So tune in to get the best tips and tools from Action Network director Jean Rogers in conversation with renowned screen time experts.

Recordings and certificates of attendance are available for all of our events. 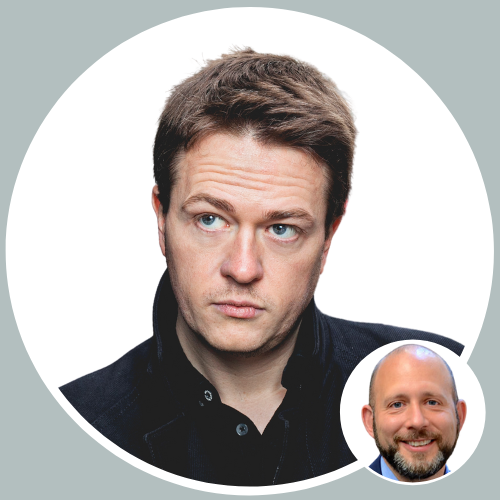 Stolen Focus: How to repair our broken attention

The average teenager believes they can follow six forms of media at the same time. But, what is this doing to their (and our) attention spans? Join us for Action Network Live! as journalist Johann Hari breaks down the “enormous illusion” of multitasking.

Together with Fairplay’s Executive Director Josh Golin, Johann will explore the effects of our screen-obsessed culture on children and adults alike and examine how we can all pitch in to take on the forces that have stolen our attention.

Plus, send us your questions! We all have a lot of questions, and we want to base this event on yours. Please submit your questions when registering or email them to info@screentimenetwork.org.

Johann Hari is a writer and journalist. He has written for The New York Times, Le Monde, The Guardian and other newspapers. His TED talks and NowThis viral video have been viewed almost 100 million times. He was the Executive Producer of the Oscar-nominated film “The United States vs Billie Holiday” and of a forthcoming eight-part TV series starring Samuel L. Jackson. Read Johann’s piece in the The Guardian here.

Josh Golin is the Executive Director of Fairplay, the home of our Screen Time Action Network! Josh started at Fairplay as an intern in 2003 and has been with the organization ever since. Josh has appeared on Today, NPR, and Fox & Friends and he’s been quoted in publications including The New York Times and The Washington Post. His writings on the commercialization of childhood have appeared in many outlets. He and his wife Jennifer are doing their best to raise their daughter, Clara, commercial-free.