Action Network Live! gets personal with experts who know families, children, and tech. For practitioners, educators, and professionals, here is an hour for you to glean insights and real solutions for the families and children you serve. For parents, you'll never get to read all the books. So tune in to get the best tips and tools from Action Network director Jean Rogers in conversation with renowned screen time experts. 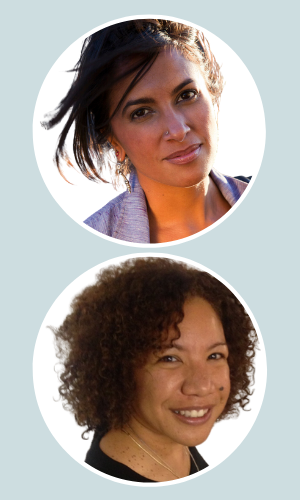 Watch the film Coded Bias and then join us for an important Action Network Live! dialogue about the bias built into technology and its impact not only on us as adults, but also on our kids. Featuring Coded Bias director Shalini Kantayya and expert researcher Dr. Criscillia Benford, we’ll explore how the tech we use doesn’t just fail to overcome racism, sexism, and other biases in our society, it perpetuates them. Learn how algorithms work and how they influence kids, why algorithms are built with bias, and how we can ensure that algorithms are not in charge of our -- or our children’s -- futures.

Registrants will also receive a link to view the film when they sign up!

Coded Bias explores the fallout of MIT Media Lab researcher Joy Buolamwini's startling discovery that facial recognition does not see dark-skinned faces and women accurately, and her journey to push for the first-ever legislation in the U.S. to govern against bias in the algorithms that impact us all. See the trailer here.

To watch the film:

You’ll receive a screening link in the confirmation email for the event!

Or, view now on Independent Lens (PBS) for a limited time. Click here.

The Action Coalition for Media Education is an independently funded critical media literacy education network that teaches effective approaches to engage, challenge, and create media in ways that empower individuals and communities.

Founded in 2002 by more than forty media literacy educators from around North America,

ACME has offered classes, workshops, trainings, and summits for schools, nonprofits and public health organizations all over the continent. ACME takes pride in advocating critical approaches that include analyzing the political and economic structures that own corporate media and big tech. For more information, go to https://acmesmartmediaeducation.net